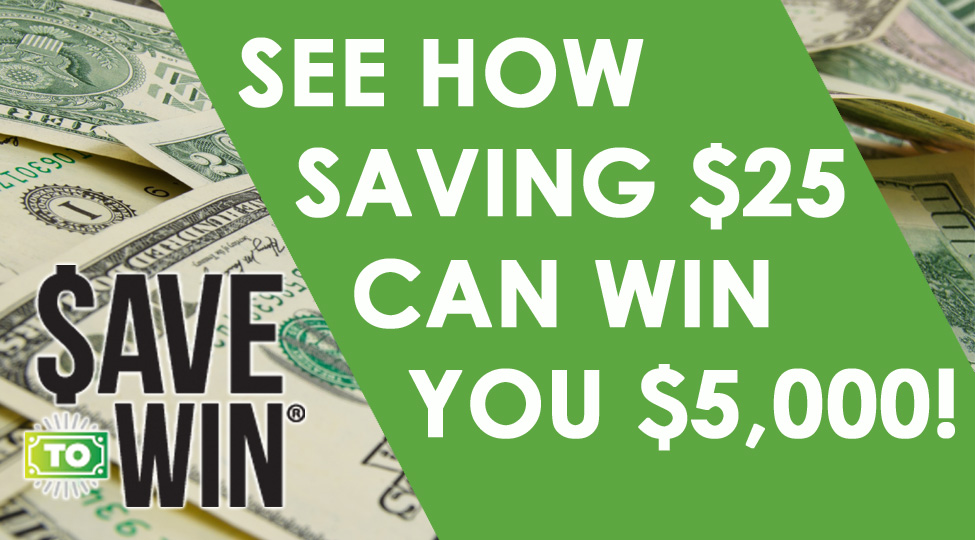 Saginaw, MI, July 2020 —Derek S. is the latest United Financial Credit Union member awarded for their participation the prize-linked savings program, Save to Win. For every $25 deposited into their accounts, members earn one entry into the monthly and quarterly drawings for a chance to win $25-$5,000.

Derek has been a member at United Financial Credit Union for seven years. He has been participating in Save to Win for over two years. This was his first time winning a prize through Save to Win.

Derek was ecstatic when we called to let him know that he won. “During this time, during Covid-19, the extra cash really goes a long way.” stated Derek. The program has helped him by giving him extra motivation to save for the future. He is going to use the prize money to pay off some bills and do some home improvements.

The savings tool was designed to appeal to credit union members who are not in the habit of saving and those considered financially vulnerable. In addition to encouraging members to set aside money, Save to Win also provides financial education tools and resources to help members achieve strong financial futures.

“Our ‘Save to Win’ program has been a huge success because it’s closely tied to our mission of ‘People Helping People’. Giving our members a way to build good savings habits and enjoy a more responsible game of chance has allowed them to improve their financial lives and ultimately create better savings habits.” Stated Barbara Appold, United Financial Credit Union’s CEO, when asked about the Save to Win program.

Save to Win was developed by Commonwealth, the Filene Research Institute and the Michigan Credit Union League (MCUL). The MCUL launched the pilot program in partnership with eight Michigan credit unions in 2009 and has since expanded to include several states. The program is now administered by CU Solutions Group, an affiliate of MCUL

To date, the program has awarded more than $3.1 million dollars in cash prizes and has helped credit union members save nearly $200 million nationwide. To learn more about Save to Win visit www.unitedfinancialcu.org/savetowin.

United Financial Credit Union was founded in 1964 to serve a small group of tool and die workers in the Bridgeport area. United Financial currently has six locations located in Bridgeport, Saginaw Township, Chesaning, Freeland and Auburn and serves over 22,000 members. We are happy to offer membership to anyone that lives, works, worships or attends school within any county in the State of Michigan’s Lower Peninsula. Contact us at www.unitedfinancialcu.org or 989-777-3620.